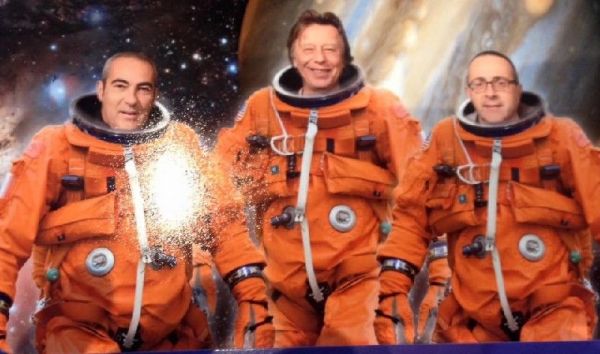 FROM WORK TO FRIENDSHIP IN A FLIGHT TO ATLANTA

Sometimes I believe my job is a blessing.

A blessing, someone may think, because of the money it involves.

No, I’d answer, because of the people it involves.

My job puts me in touch, on a daily basis, with people all over the world: different nationalities, different traditions, different customs, but one same purpose: art for art’s sake.

Some of them come and go, like the jobs they bring with them.

Some of them stay, forever, with me.

I was thinking about this when I met with Barbara, my blogger, in a cold and wet February morning evening, when everybody was already out, busy  shopping in the lively and colourful streets of Pietrasanta during the San Biagio’s fun fair. 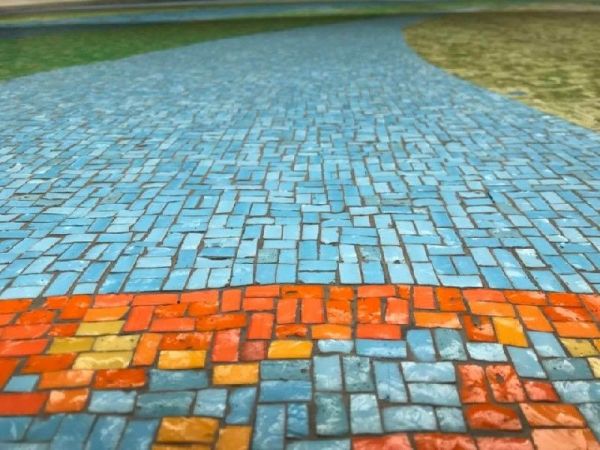 The reason why I asked Barbara to come, was that I wanted to share with her an unusual and beautiful story of a wonderful friendship with two colleagues: Emanuele and Jim.

Emanuele, the  President of a very famous local company specialized in marble and art, the Barsanti Marble, Bronze&Mosaics, founded by Emanuele’s great- grand-father, had lived and worked in my home town for all his life, but in spite of living both in Pietrasanta, we had had little to no chance to get to know each other well, until, one day, I received a phone call from him announcing a prospect big job to be done in Atlanta with a very evocative title : Cosmic Christ.

It took us a minute’s conversation to decide to go and inspect the location ourselves and book a flight to Atlanta.

The flight, the long twelve hours’ flight, was one of the best experiences in my life time.

It was a soul journey.

It was a breakthrough. 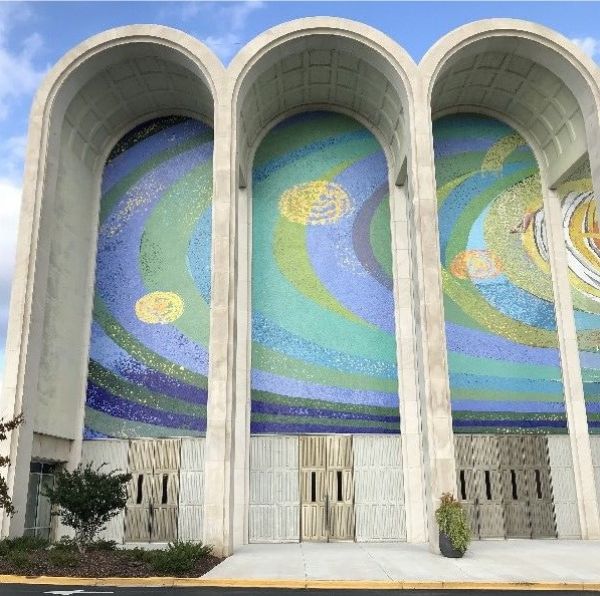 Me and Emanuele talked about everything but work, everything but the project we were going to work on together, as if we needed to delve into each other’s mind and soul, before proceeding further.

The flight gave me the chance to get to know and to like Emanuele to such an extend that, once we landed in Atlanta I felt we were, already, very good friends, as if we had known each other for years, sharing the same ideas, the same vision and the same concept of life.

I was already so pleased with what life had so generously offered, that I thought I could not ask for more, when, on the following day, I met with Jim, the owner and founder of Jim Piercey Studios Inc, the company that contacted Emanuele for the job.

Imagine my surprise when, on meeting with Jim, I realized that I had the second chance, in a week, to work with a creative, imaginative and talented entrepreneur, who shared with me and Emanuele the same perspective.

How would you call this, if not a blessing?

Jim and Emanuele had known each other for long but I felt immediately at ease with them and started working with them on the project, getting on it with passion. 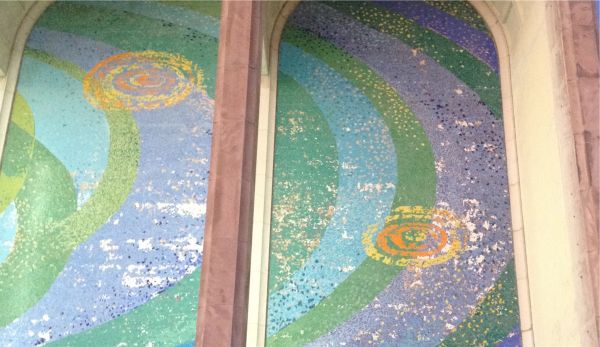 Once this was accepted as the only possible answer, the B plan was put into immediate action.

Brainstorming meetings took place with a committee of engineers that were there to evaluate us and our skills, who, after a short while, stopped, simply stopped evaluating us and started working with us on a presentation, that was shortly due to be staged to the local Church Community.

The presentation was beautifully arranged by Jim and presented to an audience of more than 800 people, who, I am proud to say, voted for it unanimously and the project could get its first kick off.

To me it was the beginning of a new phase of life, which is something that happens to me every time I start working on a new project.

A project is never “only a project” to me.

It becomes part of my daily life. It is in my thoughts, day and night. 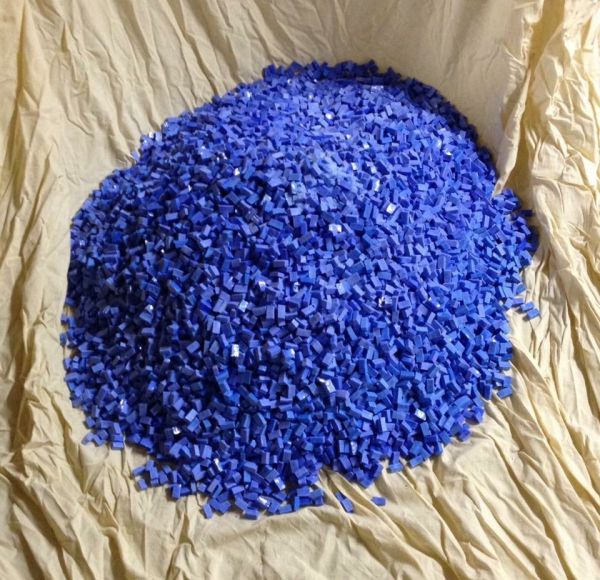 During the creation of a new piece of mosaics every day is a new beginning, when nothing is ever taken for granted, where every piece of marble or glass is handled at least four times, before finding its special place in the plan. 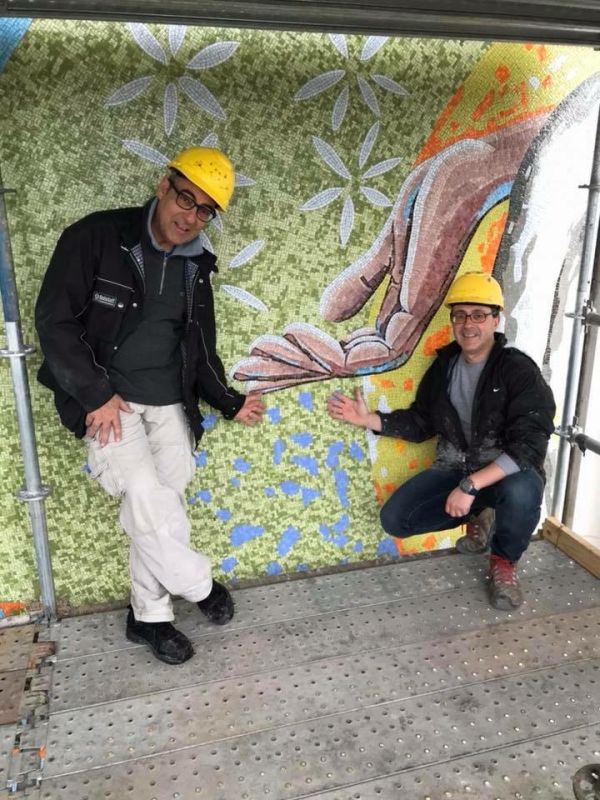 Six months of continuous work passed and the first huge “door” was ready to be installed.

I flew with my staff to Atlanta, this time, regretfully, without Emanuele and we spent one month there to install it, to everybody’s pleasure. 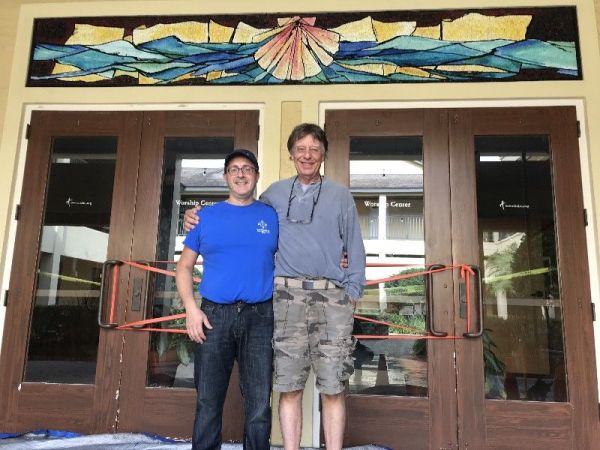 Jim, in the meantime, had become part of my family, after our trip together to Venice with Emanuele, his wife Sabrina and my wife, Silvia.

A trip where business and pleasure mingled easily and made it a great, new occasion to come to know each other, better and better.

Once back to Italy, my mind set immediately on the second huge door, heading to complete the 800 sqft project with its thousands and thousands of precious pieces of mosaics.

Time will pass fast and will see us busy completing the project, will see us working closely with Emanuele and Jim, to my great pleasure.

What should I ask for more?

Life is beautiful, isn’t it?