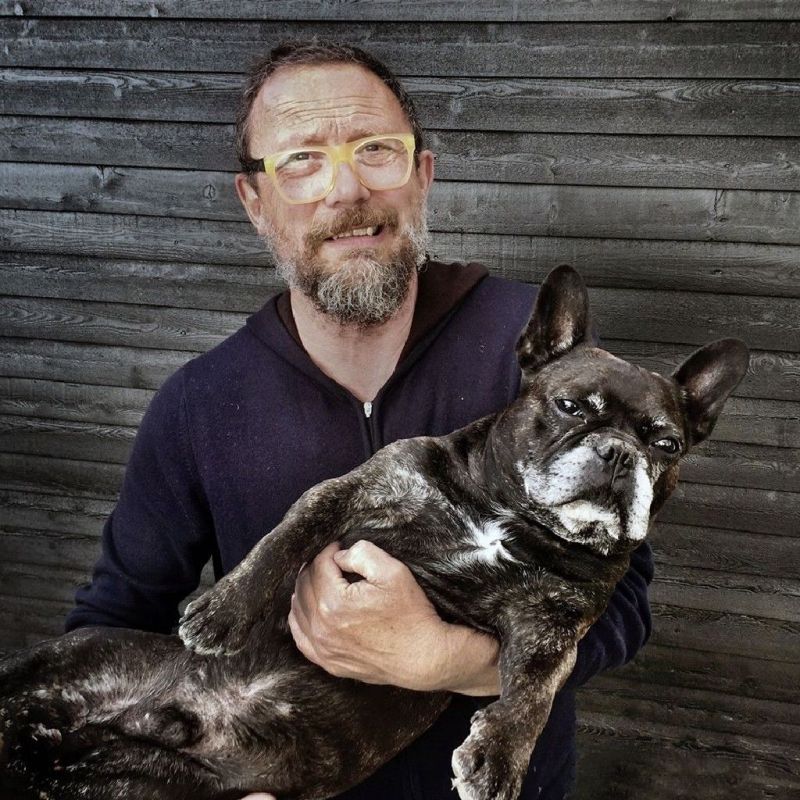 Art expresses itself in various forms and Erik A. Frandsen born in 1957, in Randers, has been exploring many of them conveying a message full of novelty and beauty. 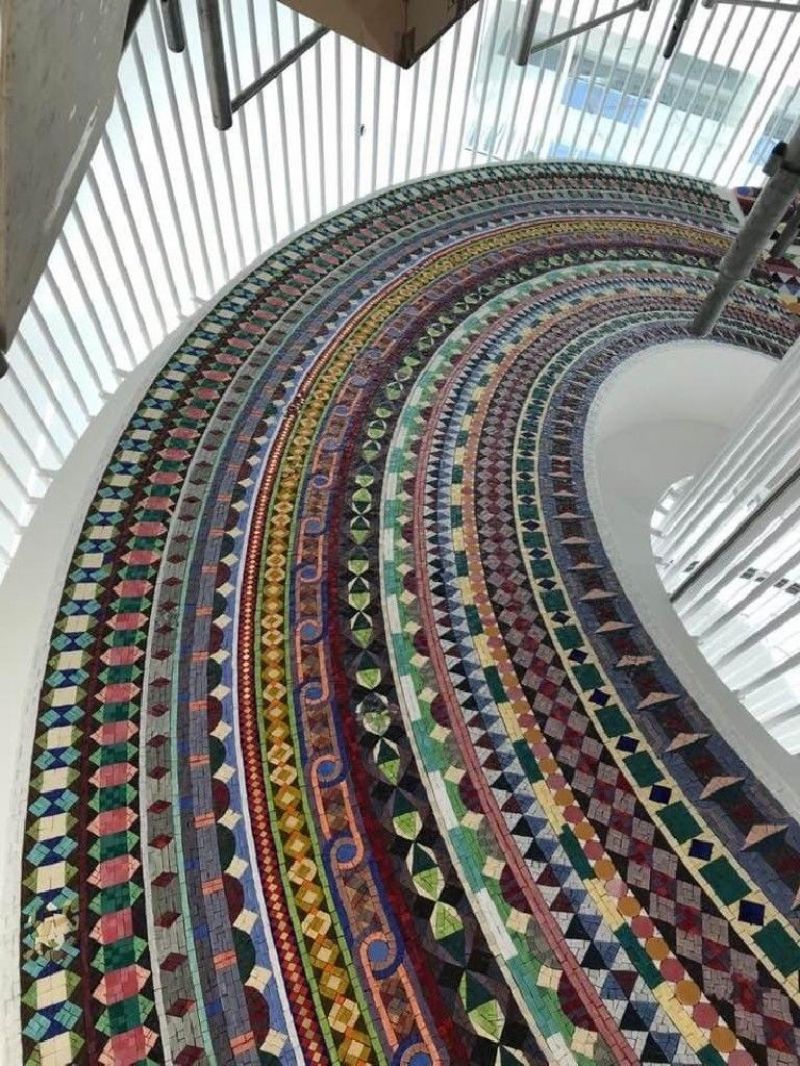 A self-taught artist born and bred in Denmark, Frandsen has been enriching his artistic Cv by living and sharing experiences with Italian artisans, choosing Pietrasanta as his elected place for mosaics and choosing Mosaici Ferrari&Bacci as his partner to execute his original and inspirational pieces, that so well merge into a 2020 reality where everyday life is told with a tale of stones.

His art work leads to the discovery of hidden messages, not always visible at a first glance,  that unveil themselves little by little,  kept, as the best of secrets, within the threads of his work and clear to those who are really looking for them.

Motives get re-invented in Frandsen’s works through the use of different and varied mediums and different expressions.

Frandsen’s relationship with Mosaici Ferrari e Bacci dates back to a long time ago and all these years it has been enriched by unique, outstanding experiences that brought incredible pieces of art to the world.

This is the case of the amazing flight of stairs that Frandsen designed for the new ward of the Copenhagen Hospital, opened at the presence of her Royalty, the Queen of Denmark, that took 2 years and a half to be designed and between 200 and 250 different colours of mosaic tiles to be completed. 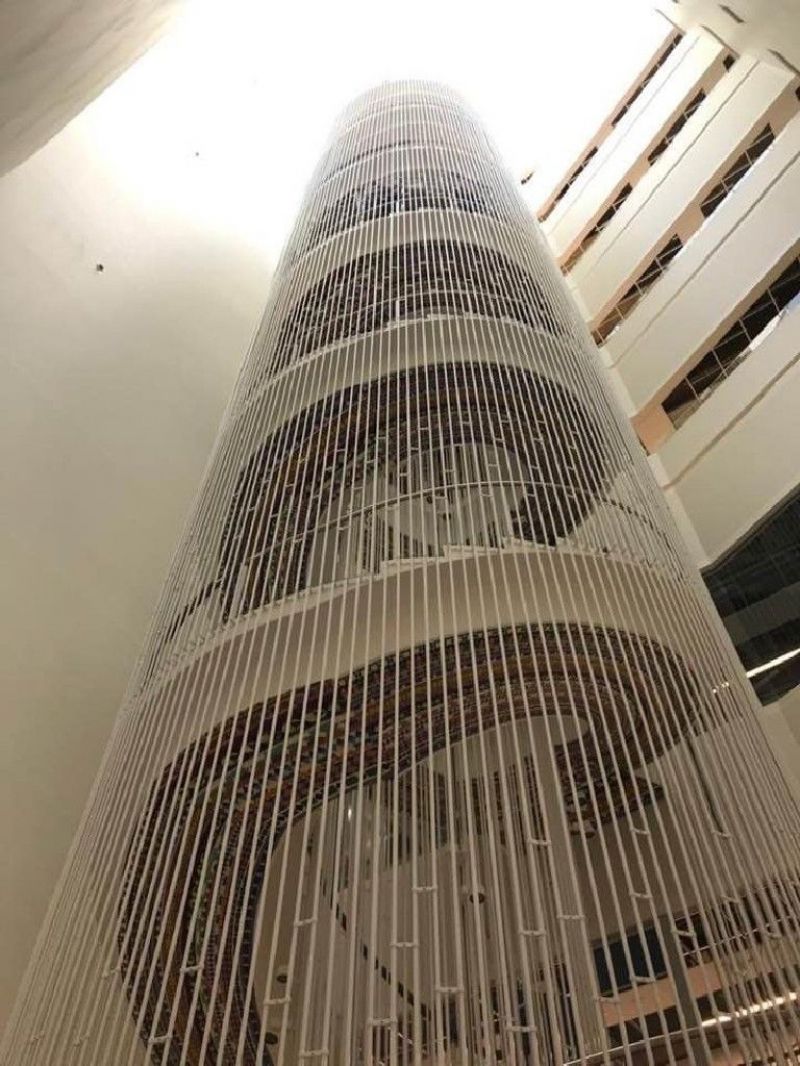 But what was the concept lying at the basis of this monumental, magnificent, thrilling project?

There was what makes each and one human being unique, irreplaceable and marvellously imperfect: DNA, that fascinating spiral that is the beginning and the end of human life on the earth; that sequence of deoxyribonucleic acid which contains the code  that determines the information available for building and maintaining an organism, similar to the way in which letters of the alphabet appear in a certain order to form words and sentences.

But, as it happens in real life, when a sentence is being shaped, something may get wrong, mistakes may occur and this accident may change the final result completely.

How to reproduce this? Frandsen had another genial idea, which was to use wrongly cut mosaic pieces to be inserted in the pattern, that though wrong, or partly wrong, or because of its being wrong, kept all its beauty.

This concept was so fascinating and new and scary and wonderful at the same time, that we, at Ferrari and Bacci took on the project with a great enthusiasm.

Which of course kept me awake for many nights with passion and fear and while days passed, Frandsen unveiled it to me and my staff, which was for a long while a work in progress, with changes and adjustments that were meant to bring the artisans’ hands to reproduce the concept, the idea that Frandsen wanted to express 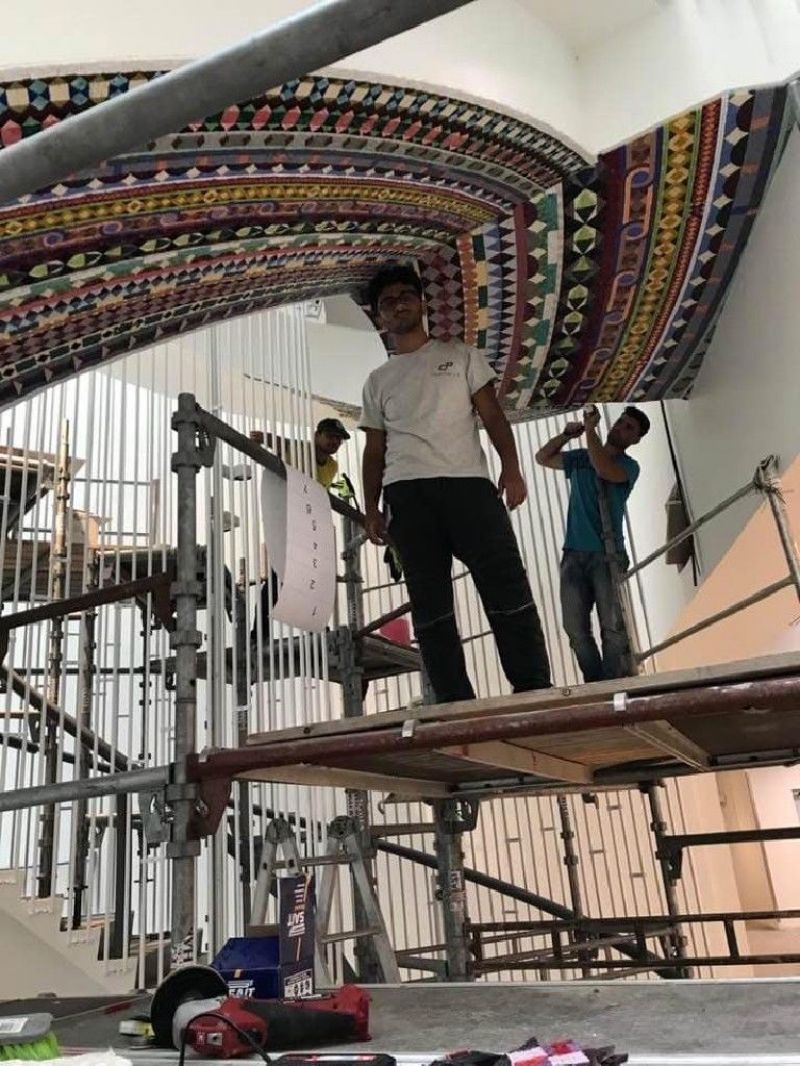 At first it was marble, that was meant to be the material chosen to transform this unique concept into a work of art, but its density was proved to prevent the project from showing that joyful strength that was to be conveyed in the artist’s mind and it was sadly but firmly abandoned for the sake of  Murano Glass mosaic, able, as it is, to let the light shine in and express joy and life.

The flight of stairs was to be created in panels of 30 cm each, not to exceed the maximum weight allowed and a 3D relief was executed to visualize the space and the volume that would be used. 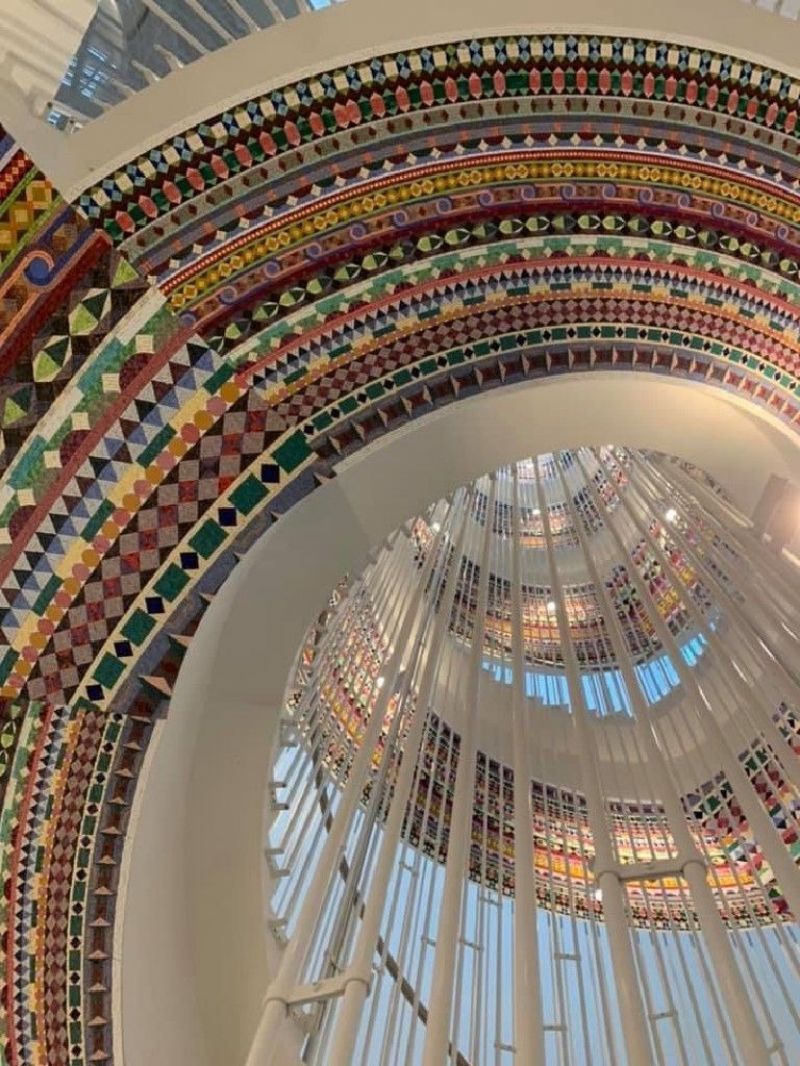 A last touch of genius from Frandsen’s side was the decision to leave the area around the walls surrounding the stairs totally white, to enhance the strength and the concept of the mosaics that might so, better call for people’s attention.

Once the project started, a sort of daily routine was born, a routine that saw me and my artisans to start the following day with the leftover scraps of mosaics from the previous working day, that became creative stimulus.

The concept laying at the basis of this method, so well explained by Frandsen, was the self-repairing attitude of the DNA sequence, able to mend its own mistakes.

Needless to say that this has been one of the most exciting project that me and my staff have ever worked on, thank to its inner power of novelty and we feel honoured and proud to have been given the chance to be part of this creative project.